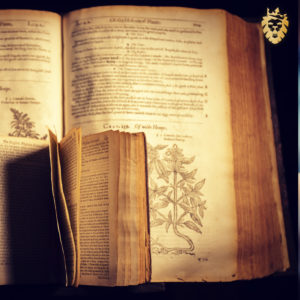 Cannabis? Marijuana? Pot? Weed? What word do you use when describing our favourite plant?  Basil explains why he avoids the term "marijuana."⁣

"People may notice that I make a serious effort to avoid using the word Marijuana when speaking about Cannabis. I am no stranger to slang, but let me fill you in on a little history about Cannabis in North America which will help to explain why I do not like using that word.⁣
⁣
When the Great Depression hit the states in the ‘30’s, some Americans had gotten to a point where they were looking for someone as well as something to blame. At that time, immigrants looked like an easy target. Enter Harry Anslinger, director of the Federal Bureau of Narcotics. Anslinger needed to pick a big fight in order to make his mark as well as to give the FBN a purpose. Especially considering that Federal money was tight. Anslinger launched his campaign against Cannabis and used mediums such as movie theaters in order to spread his vile messaging, racial-izing the plant for white audiences. Anslinger, while testifying before congress, was quoted saying the following “Marijuana is the most violence-causing drug in the history of mankind… Most marijuana smokers are Negroes, Hispanics, Filipinos and entertainers. Their satanic music, jazz and swing, result from marijuana usage.” ⁣
⁣
Every time we ‘reefer’ to our beloved bong fodder, our magnificent muggles, we choose the word to use. Grass, green, ganja, call it what you want, all I’m saying is know what you’re saying when you go around saying it."⁣